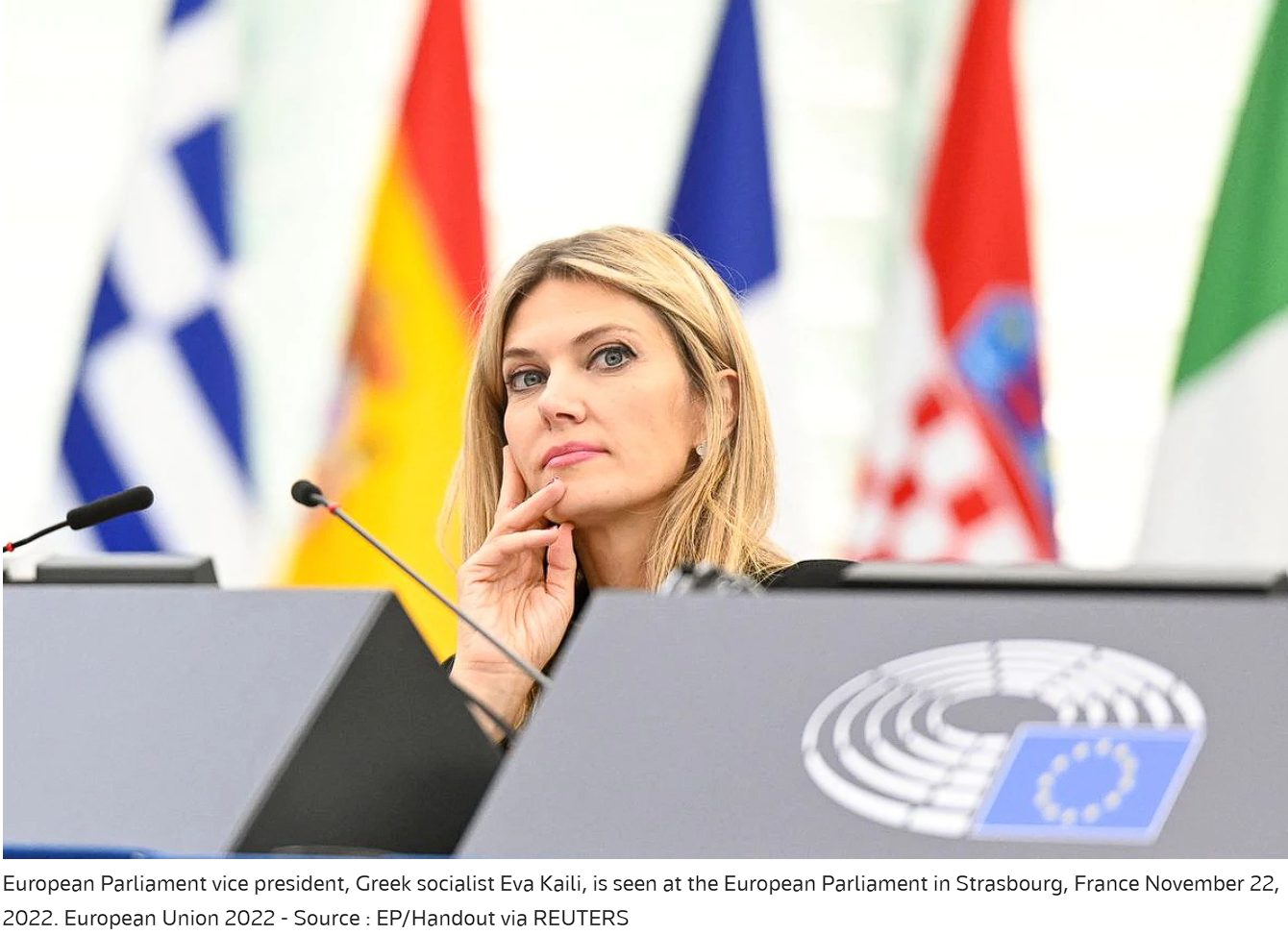 ATHENS, Dec 13 (Reuters) – Eva Kaili feels betrayed by European Parliament colleagues who decided to strip the Greek MEP of her role as vice president of the assembly on Tuesday after she was accused of accepting bribes from Qatar, her lawyer in Athens told Reuters.

The case, in which Kaili has denied any wrongdoing, is evolving into one of the biggest corruption scandals to hit the European Union.

Kaili, who is in Belgian police detention, was one of 14 vice presidents in the parliament. Belgian prosecutors have charged her and three Italians at the weekend with participating in a criminal organisation, money laundering and corruption.

European lawmakers acted rapidly to isolate her, concerned that the Belgian investigation could mar the assembly’s efforts to present itself as a sound moral compass in a troubled world.

“I spoke to Mrs Kaili today and she broke her silence. She has expressed her complaints over the stance of her European Parliament colleagues,” lawyer Michalis Dimitrakopoulos told Reuters.

“She says she feels betrayed when they make her appear as if she had a personal agenda with Qatar and when they hint that she was taking bribes.”

In a parliamentary session on Nov. 21 to discuss the human rights situation in Qatar, Kaili defended it against intense criticism from human rights groups over its treatment of migrant workers during preparations for the World Cup.

The Socialist lawmaker visited Kuwait and Qatar at the end of October and start of November and cited the International Labour Office saying Qatar had been “introducing labour rights … and introducing minimum wage despite the challenges.”

Dimitrakopoulos reiterated that Kaili has denied the accusations and added that her visit to Qatar had been approved by the European Parliament and that she was nothing more but a “recipient of European Union orders”.

“Her position is that she was not accepting bribes, she is innocent, Qatar did not have a need for her, it did not need to bribe her, she had nothing to offer to Qatar,” he said.

“Her decision to visit Qatar was not her personal decision, it was a European parliament decision, with the agreement” of the European Commission and EU foreign policy chief Josep Borrell, Dimitrakopoulos added.

Asked by Reuters to comment on the case, the European Parliament press service said that as a vice president Kaili was tasked with representing the assembly in the Middle East. It added: “The clear and standing instruction to all vice presidents is to represent the Parliament’s position. Nothing else.”