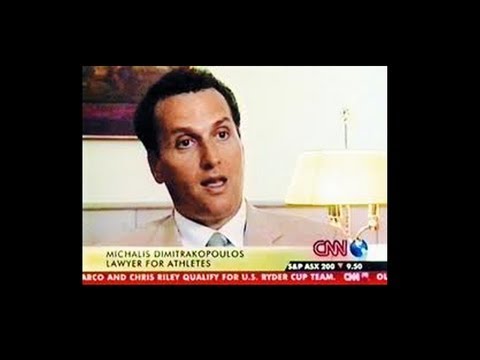 ATHENS, Greece — Greek sprinter Kostas Kenteris has resumed training and wants to return to international competition and run at the 2008 Olympics, one of his lawyers said Wednesday.

The development comes five days after the Sydney 200m gold medalist was cleared of missing doping tests ahead of the Athens 2004 Olympics.

“Kenteris continues to train… and has stated his intention to take part in competitions,” lawyer Michalis Dimitrakopoulos said.

Dimitrakopoulos did not specify when or where Kenteris might be staging a return, beyond noting that his client aims to compete in the Beijing Games.

Kenteris, 31, and 30-year-old training partner Ekaterina Thanou — a 100m silver medalist in 2000 — were sporting icons in Greece but fell from grace almost overnight on the eve of the Athens Games.

They had disappeared from the Olympic Village shortly before officials arrived to submit them to a doping test.

Both athletes were later charged by the International Association of Athletics Federations (IAAF) with also missing tests in Tel Aviv and Chicago in the weeks leading to the Athens Games.

Kenteris and Thanou were cleared of dodging the Athens drugs test by a Greek athletics federation (Segas) disciplinary committee on Friday.

Responding to Segas’ decision, the IAAF has said it reserves the right to appeal to the Lausanne-based Court of Arbitration for Sport (CAS), whose verdict is final.

But the Greek press reported on Wednesday that the sprinting duo’s careers are finished irrespective of CAS’ decision, according to statements made in a Greek parliament committee on doping by Segas chairman Vassilis Sevastis.

“(Kenteris and Thanou) will not be able to compete again, even if they are cleared,” was Sevastis’ reported statement, carried by the press.

“The financial damage has already been done,” Sevastis allegedly said, in reference to the athletes’ sponsorship deals.

In an interview on Wednesday night, Sevastis denied making the statement.

“I don’t know if they’ll run again, but the damage to their image has already been dealt,” he said.

On Monday, the World Anti-Doping Agency (WADA) said it would launch its own appeal with CAS if the IAAF decided not to pursue the matter.